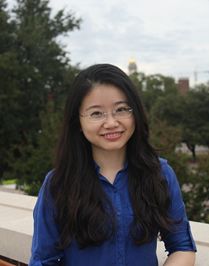 Dr. Jingjing Ye received a Ph.D. in Economics from Southern Methodist University and a B.A in Economics from Huazhong University of Science and Technology. Now she works as an Associate Professor at the Research Institute of Economics and Management (RIEM) at Southwestern University of Finance and Economics (SWUFE). Her research seeks to understand how individuals/households/firms respond to policy incentives and how the implementation and design of those public policies can be improved. She is currently working on projects about the fertility decision to China's family planning policy, the behavioral responses to income taxation, and effective tax administration in China.

Previous research on China’s population policy are mostly concentrated on its One-child policy, however, several important relaxations takes place in the last three decades. By exploiting temporal variation in OCP relaxations at provincial level for different subsets of couples and birth cohorts, we find the number of children ever born increases 0.01, the probabilities to have the first/second child both increases by 0.02/0.03 when the women is subject to one more year exposure of OCP relaxation. The results are mostly driven by earlier relaxations of OCP. Mothers also put forward their fertility plan and shorten birth spacing in react to relaxed birth limits. The robust tests indicate that the estimated policy effect is not likely confounded by other omitted policy shocks or socioeconomic changes.